cfrn.net Want to learn how to trade Emini Futures? Take our 1 Week Free Trial in our Live Emini Trading Room. You get it all – the Platform, the Indicators, the Charts, the Simulator, Live Data not delayed, plus 10 hours of Live … 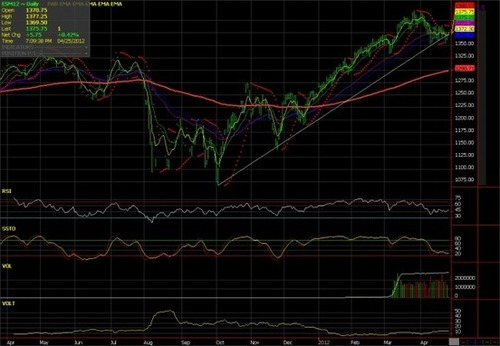 E-Mini S&P 500: Ahead of the Fed, the market ebbs!Inside Futuresby DeWayne Reeves of CFRN The E-Mini S&P 500 traded in a tighter range with lower volume as the market attempts to anticipate the Fed’s action tomorrow! 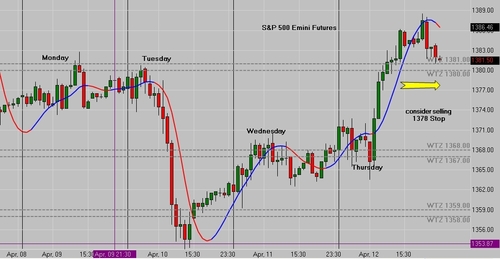 Filed under What Happened?

So now you know

why this blog and call-in show were created.

Living in Cramerica
by Mark Faulk

(Editor’s note: All Mad Money sound effects in this article are for entertainment purposes only, and not in any way a recommendation to do bodily harm to Jim Cramer. He’ll get his in the end.)

Jim Cramer, sole ruler and psycho-king of Cramerica, is losing his (King) Midas touch. For the past two years, he has been ranting like a crack-crazed king on CNBC’s Mad Money, a caricature so grotesque and absurd that, like a gruesome car wreck, America couldn’t help but stop and stare. (Cue Mad Money sound effect of a car wrecking.) Cramer is enough of an attention-starved sociopath that he mistook the freakshow curiousity element for real affection. Just as he can’t seem to discern the difference between right and wrong, or truth and lies, he seems to think that any attention is good attention.

Sometimes I feel sorry for him, other times I want to (as I’ve said a million times on my radio show), see him hauled off ranting and raving in handcuffs, screaming “booyah!!” as the lights go off on the set of Mad Money, (Okay, like Jim Cramer on the Imus in the Morning Show the other day, I lied…I never for a moment felt sorry for him.)

What’s really interesting about all the recent furor over Cramer’s admission that he is either a crook or a liar (or both), is why the same people and publications who came to his defense when he thumbed his nose at the SEC by writing “BULL!!!” in giant letters across a SEC-issued subpoena are suddenly throwing his bald head under the bus. Anyone who reads faulkingtruth.com investigatethesec.com or thesanitycheck.com knows that all three of those publications have been exposing Cramer for the lowlife crook that he is for months, if not years.

So why now? Did every mainstream newspaper in America suddenly wake up one day and collectively think to themselves “Hey, maybe those guys are right, maybe this Cramer character isn’t the Mother Teresa of stock picking that we’ve been portraying him as”? Or, as is usually the case, are they just following orders and assassinating a foot soldier who marched just a little too far outside the ranks?

Why have Cramer’s comments on the YouTube.com clip of an interview he did on… more

If you want to become a regular contributor to this Blog, drop me an email –  ct at cfrn.net

As a member you can write your own articles, upload videos etc………..

If you question the reality of Naked Shorting, or have not seen Bloomberg’s foray into Wall Street Thuggery, sit back and join us for “another night at the Opera“.

You will quickly begin to see “How” it happened.

Filed under Uncategorized, What Happened?